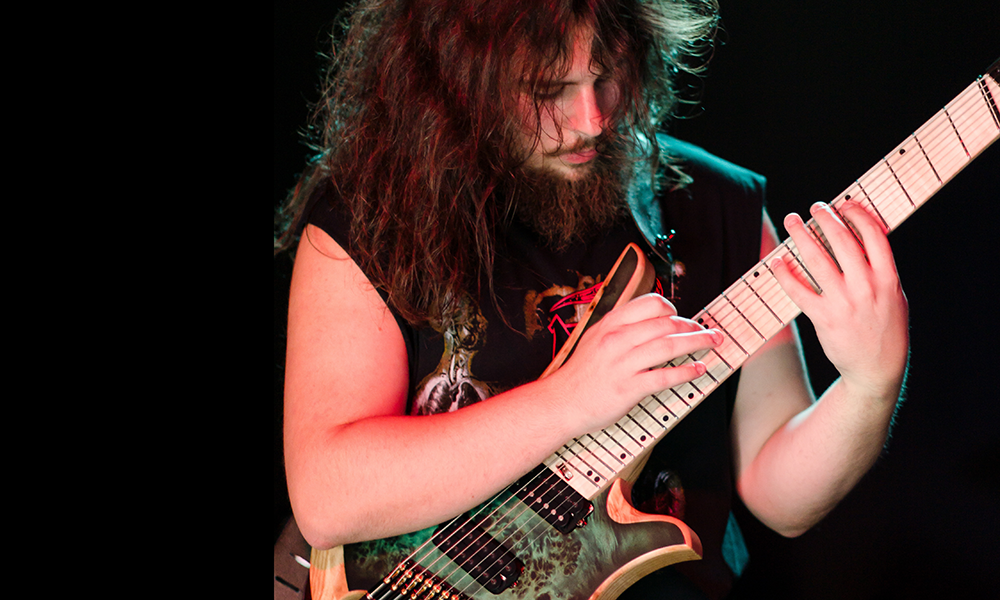 Overload Guitars is proud to annunce a deal with Leonardo, guitarist from the progressive metal Band “Coexistence”.

Founding member and composer of the bands Coexistence and Vexovoid, Leonardo is a young guitar player based in Siena (Tuscany), guitar private teacher, operator and owner of his home recording studio “Void Studio” and currently student at the Modern Music Institute (MMI).

Coexistence is a progressive death metal band born in 2016, their EP “Contact with the Entity” was claimed as one of the best EPs of the 2018. The band is highly influenced by bands like: Beyond Creation, Obscura, Augury, Cynic, Exivious, Exist and so on. The debut album is going to see the light really soon.

Vexovoid is a progressive thrash metal band born in 2013, in the late 2017 they released the debut full-lenght “Call of the Starforger” and it was considered one of the best thrash albums of the year. The band is highly influenced by bands like: Vektor, Voivod, Cynic, Exivious, Exist and so on.

The custom guitar reallized for Leonardo is a Themis 8-string Bolt-on.
Leonardo commented on his new guitar:

“The Themis design that Matteo has create is one of the best I have ever had the chance to play, extremely comfortable and very well looking. The sound is pretty unique and screams like a beast in the heaviest riffs but it know how to be gentile and warm in the more jazzy parts.
The neck is definitely the best part, absolutely perfect in every aspect and easy to play for every hand, I will never go back! So, thanks to Matteo for this incredible instruments, I’m very proud to be part of the Overload family”